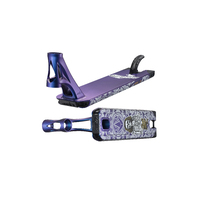 This Versions line-up includes  Didine Terchague, Jon Reyes, Flavio Pesenti, Will Scott, Raymond Warner, Jonathan Perroni & Charles Padel . Each rider  with 2 choices of size a deck for every style of riding ..The Choice is yours!!

His deck is covered in a “Matte Midnight” colourway. Wrapped around base of his deck is his custom “Mandala X Skeleton” graphic. The graphic is a reflection of his personal interests and influences from various artists. The Mandala design was influenced by his sister’s original concepts and illustrations and his Skeleton design was combined from his ideas of what he wanted on his first signature product from many years ago. DREAM BIG!! 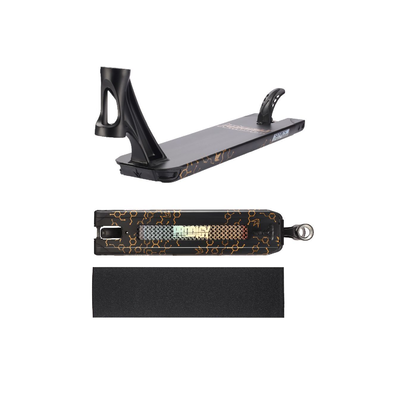